Although she was born in Queens, New York, Orange is the New Black’s Flaca, Jackie Cruz, lived with her mother off and on in the Dominican Republic until she was in high school. And it was there — in the DR’s warm, endless summer that Cruz’s dreams of Hollywood stardom first took hold.

“My mom took me to the movies one day to see The Bodyguard. I think I was probably like, seven at the time,” remembers Cruz. “The movie was dubbed in Spanish but Whitney sang in English, and I fell in love with movies and singing the minute I heard Whitney Houston sing. I was just in awe … and then the lights went out. We don’t have electricity all of the time in the DR, so we all just sat there in the dark and chilled until the generators kicked in so we could finish the movie.” She laughs, describing it as “definitely a very Dominican moment.”

On the walk home, she recalls telling her mother, “I want to be like that lady, you know, the girl that was the star of the show we just watched.” With a blossoming music career, her own film production company, and three Screen Actors Guild Awards as part of OITNB’s diverse ensemble to her name, Cruz seems to be well on her way to doing just that. However, the multitalented Cruz is the first to admit that her journey from that darkened movie theater in Santiago to the Hollywood red carpet hasn’t always been an easy one.

“We moved to Los Angeles from the DR when I was fifteen, and I went to high school at the (Alexander) Hamilton Music Academy. I had to audition to get in, and they were like: ‘Ugh, another Latina?’ But my mom was like: ‘She’s talented, please, let her audition!’ So, they let me audition and I got in, and it was pretty amazing!”

Taking a full slate of performing arts classes with the likes of Grammy-winner Fiona Apple and Into the Wild star Emile Hirsch, Cruz says her time at Hamilton was inspiring and really instilled in her a sense of the hard work and dedication it takes to forge a successful career as both a singer and actress in Hollywood.

But teenage rebellion soon drove a wedge between Cruz and her strict Dominican mother; the then-high school student found herself homeless and alone. And then, just a few months shy of an early graduation, Cruz’s life took another unexpected turn.

“I had a pretty terrible car accident when I was 17. I went through the window and I had a kidney contusion, collapsed lung, and I needed brain surgery to save my life,” says Cruz. “I was in a coma for 72 hours and I woke up with my whole head shaved, crooked eyes, a paralyzed face, and two broken vertebra. I had to start over and I really just wanted to die because, you know, in Hollywood all I saw was beauty. If you weren’t pretty, you weren’t gonna make it (and) I was a mess.” 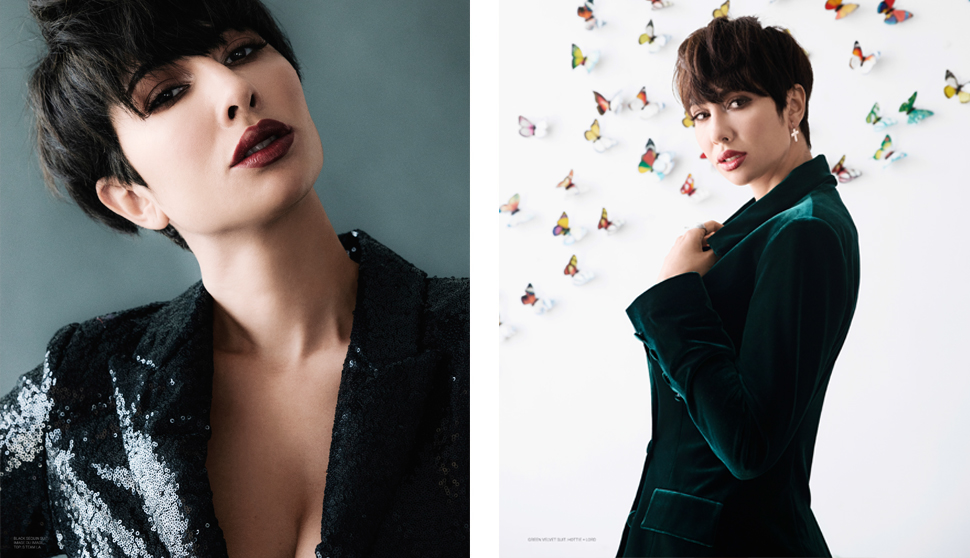 She reconciled with her mother and was transferred to a rehabilitation facility, where learned to walk and talk again as she literally “got my head back together.” Cruz says her whole world changed after a chance encounter with another patient.

“There was this little girl that was in a wheelchair, she was maybe 10 years old, and she could never walk again. She kept hanging around my room, so I asked my mom, Who is this little girl? My mother didn’t know, so I finally asked who she was and what she wanted and she told me that her name was Melly and that she thought I was pretty.”

“I had no hair, a scabbed face and wanted to die and this little 10-year-old girl was looking up to me because I could walk and she couldn’t,” remembers Cruz. “That just totally changed my way of thinking and after that I became almost a volunteer at the hospital, working with Melly and some of the other girls, holding their hands when they needed it, helping them eat … painting their nails. They gave me a sense of strength, something that I didn’t see in myself. I had wanted to give up, and they made me feel like I was needed.”

Inspired, Cruz left the hospital and returned to Santiago to live with her large, extended family and recuperate a bit more before heading back to LA with a whole new outlook on her life and career.

“I went back to Hollywood, and I didn’t look like myself anymore. My face didn’t look the same, my hair didn’t look the same, but I felt good and I felt like God put this desire in my soul and in my heart and that this was what I was meant to do.” But when the only roles she was offered were gangster’s girlfriends, junkies, and rape victims, Cruz decided to concentrate on her music. After a few false starts with some less-than-stellar music industry types, Cruz released her fist EP, Hollywood Gypsy, in 2010, which landed her music in regular rotation on MTV’s hugely-popular afternoon video countdown series, The Seven.

“I became one of the featured artists, and my name was in lights in Time Square, like huge billboards. And I was like, wow, New York is it for me, my dreams were finally coming true. But, music is the hardest industry ever, and I wasn’t really making any money. So, I went back to waitressing.”

Five years later, while living in New York, Cruz auditioned for a small, two-line part on a new Netflix series. And though no one, including Cruz, could have ever guessed that a show with a large, multi-ethnic, LGBTQ cast about women in prison would turn into a cult phenomenon, that’s exactly what happened with OITNB.

“None of us knew the show was gonna be as big a deal as it became,” says Cruz. “We would sit in a room and all of us would be like, what do you think is gonna happen? Literally none of us knew, not even [series creator] Jenji Kohan. This is like nothing I would have ever expected. I am so blessed. I just wanted to be an actress, and I never knew that my show would be so impactful.“ With the series gearing up for its seventh and final season, Cruz has never been busier, especially on the music front.

Currently working on a new album with genre-bending, bilingual hip-hop artist Feefa (aka Edwin Acuna) titled Hija de Chavez, Cruz says she has finally found her sound. Embracing the wide range of eclectic musical influences she grew up with, Cruz’s first single from the album, “La Hora Loca,” has a funky, street music vibe that takes Feefa’s trademark Latin Trap sound in a whole new direction. And that’s just how Cruz likes it.

“You know, it’s taken me a long time to find my music and my sound, but I’ve finally discovered who I am as a human being and a person and what I want to do in this world for my family, for me, and my music … and I’m so proud of it right now.”

Another huge source of pride for Cruz is her political activism. Using her platform to advocate for everything from women’s rights and diversity in Hollywood to prison reform, Cruz is also actively developing projects for her production company, Unspoken Film.

Hoping to expand the role of young, underrepresented Latinx talent both in front of and behind the camera with projects like Unspoken’s recently-completed short film The Dying Kind, Cruz is hoping to make a difference wherever she can.

“To be honest with you, I started Unspoken because I wasn’t getting any opportunities. So, instead of complaining about it, I’m creating and producing not just opportunities for myself but for others as well,” explains Cruz. “This is not just about me anymore. It’s about me opening the doors for others, and it’s about changing something in Hollywood that has to be changed so that my sister, my cousin, and the people that come from the Dominican Republic, people who look like me, have a little more of an opportunity than I did.”

When asked what advice she’d give to little brown girls dreaming of a career in Hollywood. Cruz says her advice has always been the same: “Never put a time limit on your dreams.”

“I always thought that when I discovered what I wanted in my life … when I moved to California with my mom … that was going to be my moment. But, you know what? I wasn’t ready, and I’m so happy that God-like, literally, smacked me in the face. Whether it was with [that] terrible car accident or not, I felt reawakened because I was on the wrong path and I wasn’t ready for that Hollywood life yet.”

A firm believer in the idea that things come into your life when your heart and spirit are ready for them, Cruz says her advice to anyone looking to pursue a career in the arts is to stay true to who you are inside and never give up.

“I’ve worked really hard and I’m so proud to be representing not just my people but my family. I mean, my 11-year-old sister gets to see me and believe that anything is possible. She speaks fluid Mandarin, and she wants to be a golfer and her dreams are bigger than mine could ever be. I really think that if God put that desire in your heart and in your soul it’s for a reason and that’s what you’re meant to do. And maybe it’s not just for you, but it’s to inspire your children or someone else.”

“I feel like we’re all meant for something in the world and for me, it’s to inspire, and that’s what I want to do because I’m not supposed to even be here.” 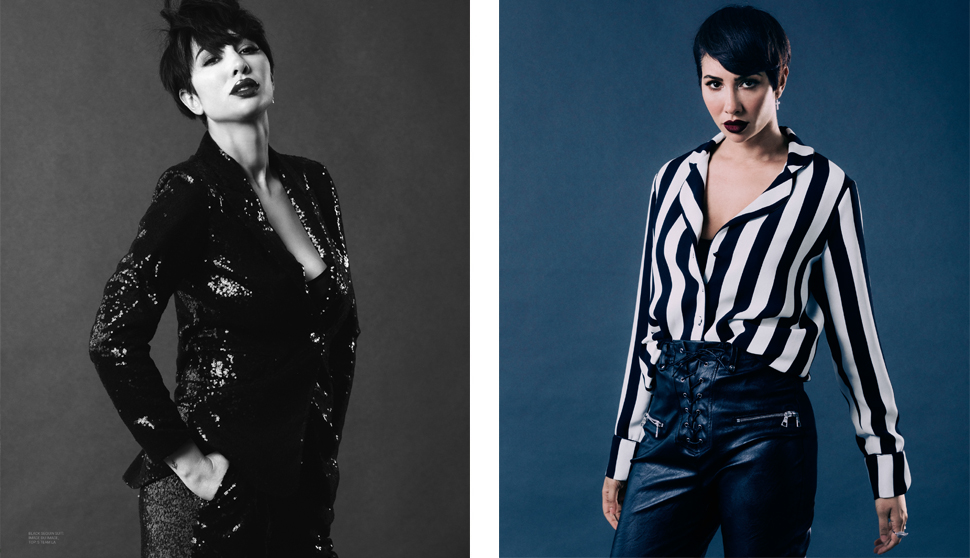 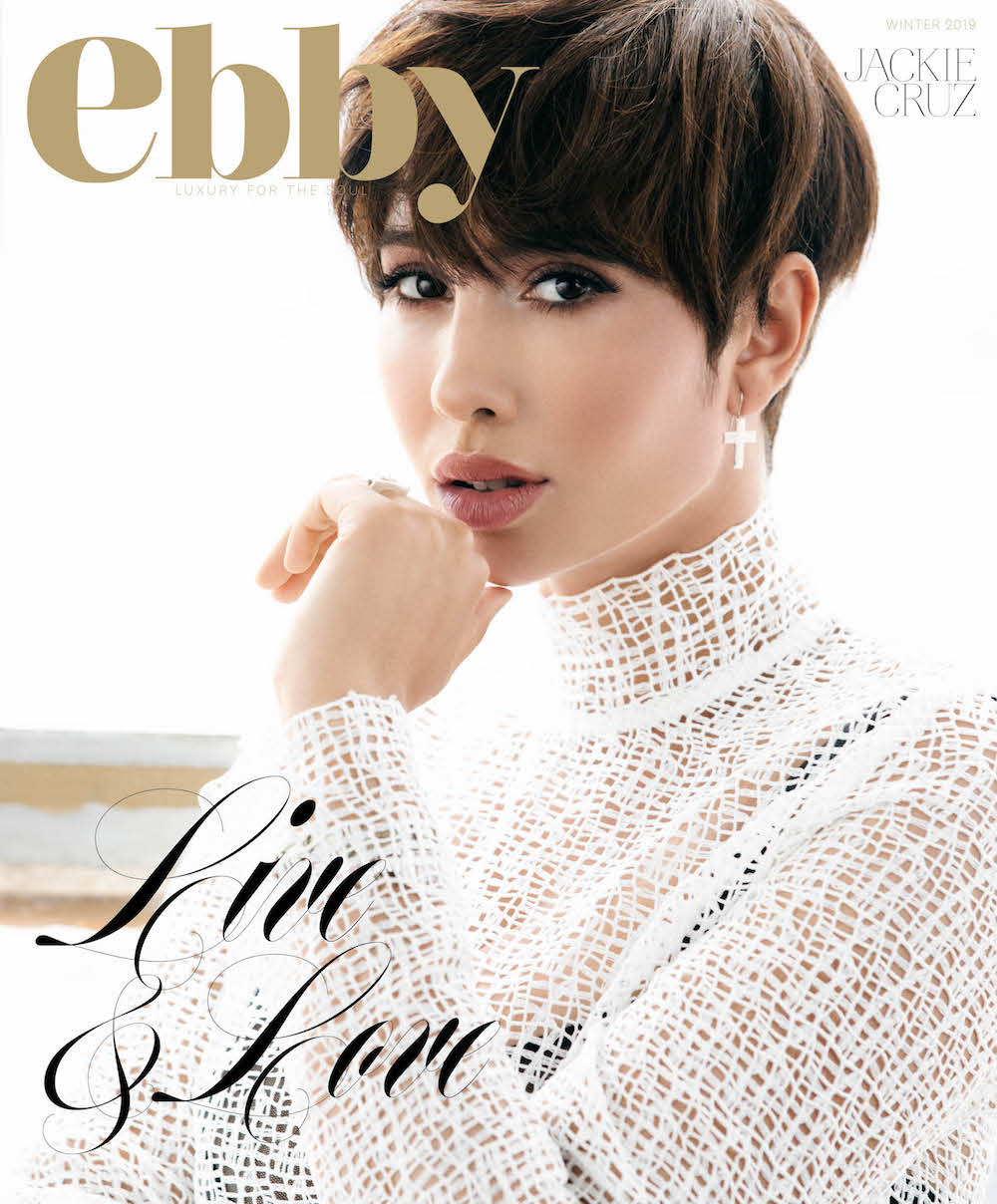 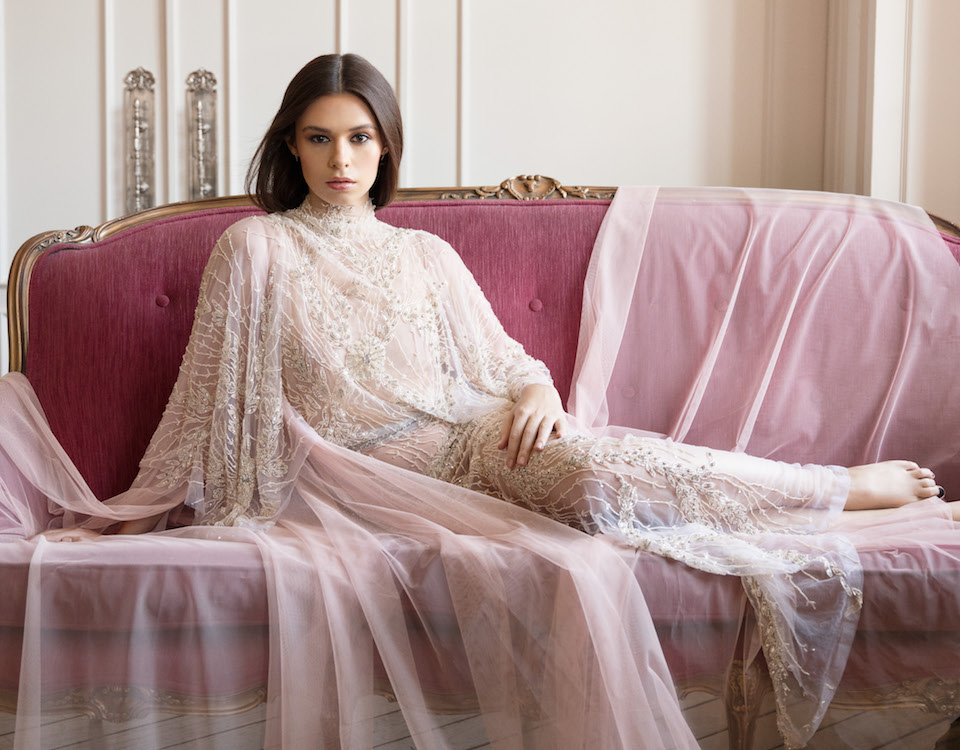 NICOLE MAINES IS NO ORDINARY SUPERHERO 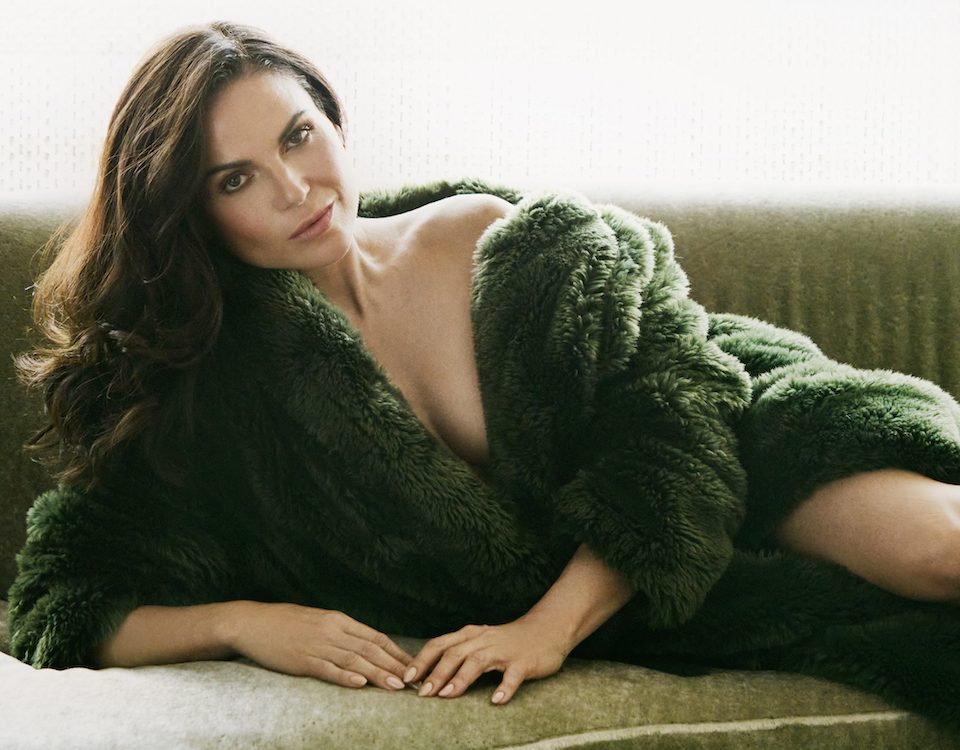 LANA PARRILLA IS KEEPING IT REGAL