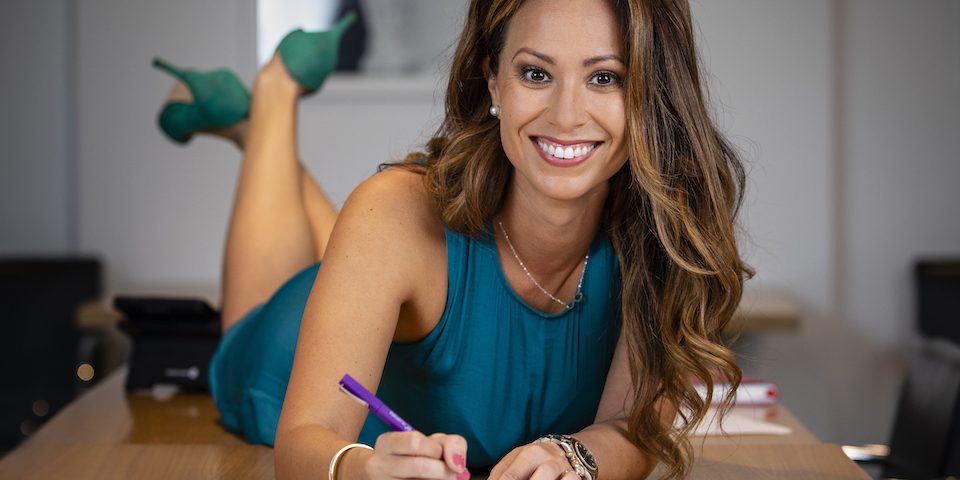 
Krystal Vayda newest movie, which she produced and also acted in DREAMCATCHER. She is a multicultural American actress, writer and producer originally from Southern California. She is the Co-Founder of Quarzo studios, an actress, and a writer.

THE REALITY IS, LIFE IS DYNAMIC. THERE’S GOING TO BE HIGHS AND LOWS IN ANYTHING YOU CHOOSE TO DO IN LIFE, SO YOU MIGHT AS WELL GO AFTER YOUR DESIRES! 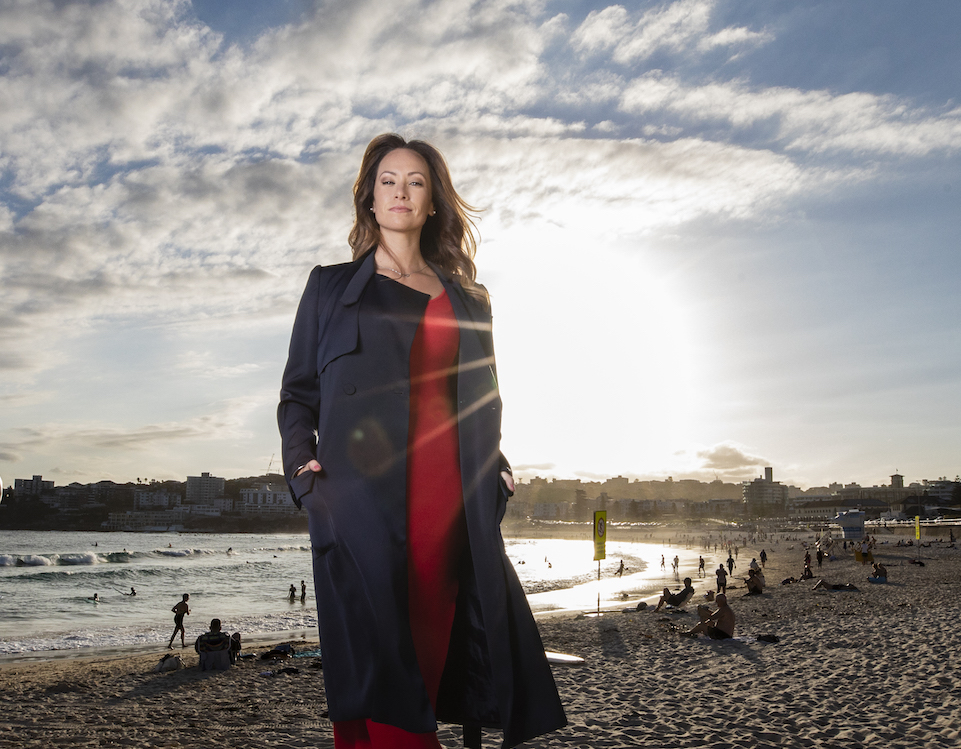 Producer Krystal Vayda and her team at Quarzo Studios have a lot to celebrate. Their new film, Dreamcatcher, has ranked in the Top 20 movies to stream this winter by Newsday and USA Today.  The sleek new horror/thriller is coming to On-Demand & Digital in March 2021. Samuel Goldwyn Films distribute the film.

“The idea behind DREAMCATCHER was to design a film that brings back the whodunnit, the empty house scare, and the backyard fright all wrapped up in an original screenplay that is set to entertain a young, modern viewer. Distribution with the legendary ‘Goldwyn’ name allows for this timeless classic to reach audiences globally and to capture market share in our YA demographic,” said Vayda.

Krystal Vayda is a multicultural American actress, writer, and producer originally from Southern California. Her heritage is a colorful blend between the Old and New Worlds, including Spain, Hungary, México and the United States.

Vayda began her professional career as a child when she was seven years old. She worked for significant national campaigns, including McDonald’s, Nissan, and Disney; these television spots led to more advertising work, including a Cannon commercial with NHL legend Wayne Gretzky and a commercial with actor Arnold Schwarzenegger. In 1992 she appeared in Toys with Robin Williams and in Speed with Keanu Reeves in 1994.

Vayda had exceptional access to Hollywood through her godmother AMPAS member and hairstylist, artist to the stars, Elle Elliott (Robin Hood: Prince of Thieves, The Bodyguard, The Postman & Marie Antoinette.) While in high school, Vayda spent many night shoots with Elliott on the set of the film Daredevil.

Vayda launched Quarzo Studios in 2018 in partnership with her brother Brandon, also an actor and dynamic producer. The company focuses on multi-genre, highbrow, character-driven projects geared toward young adults.

Krystal Vayda shares with Ebby Magazine how she lives her life with purpose.

Tell us about who you are and what is your purpose?

I am a young female who hails from Southern California, whose purpose is to inspire others simply by being myself.

What are your challenges in this industry?

It is beating the odds! Every facet in Hollywood is challenging. If it’s producing, it ranges from securing the financing to finding a good home with a distribution company. If it’s acting, it’s getting the right opportunities to audition for that role and then winning the role. There is no rule book in Hollywood. I always say this industry chooses you because the amount of rejection and disappointment is unnatural. You have to be cut from a different cloth to last the length of time!

What do you do to feed your soul? What’s your self-luxury?

Soul nourishment is a core value to me and living in Los Angeles affords me the luxury of hiking in some of the most gorgeous places on Earth. I love to hike in nature to take in the scenic landscapes and breathe in the fresh air. I also love to pop in my ear pods, lay down and do a guided meditation. If I’m self-indulging in self-care, I love to have a spa day where I can get a good massage to relax and calm my mind and decompress.

Was there ever a time you thought about quitting?

Of course! I’ve been in this career since I was a teen and the amount of rejection is uncanny. I remember the first time I got dropped by my agency after returning from my studies in London and I was frozen to the point that I didn’t pivot and move on. I took it personally and was so fixated on the idea of how I thought it was supposed to be that I couldn’t bear the reality I was living. There was another time, years later where I was on a flight to NYC for a film festival I was in. I remember asking God for some sort of sign. I had been through a very long journey which sometimes felt like I had accomplished very little. I wanted some kind of guidance that confirmed I was, in fact, on the right path. A few days after, I won Best Actress in a film. I had the biggest smile and thought life is on your side if you believe it is. The reality is, life is dynamic. There’s going to be highs and lows in anything you choose to do in life, so you might as well go after your desires!

Who has most inspired you in your life? What lessons did that person teach you?

This is hard to answer because I have been blessed to have a team of supportive people in my life along the way. To keep it very simple, I would say my mother. Her strength is something I admire so much. The way she thinks, her tenacity, and her resilience when she is determined are mind-blowing. She thinks for herself and is unapologetic for who she is.

And most importantly, she chooses family above all. Her love is unconditional for those around her, and I have been lucky enough to be surrounded by her my entire life. She taught me that I can do anything in life and that I am strong. I am truly grateful to be raised by her. 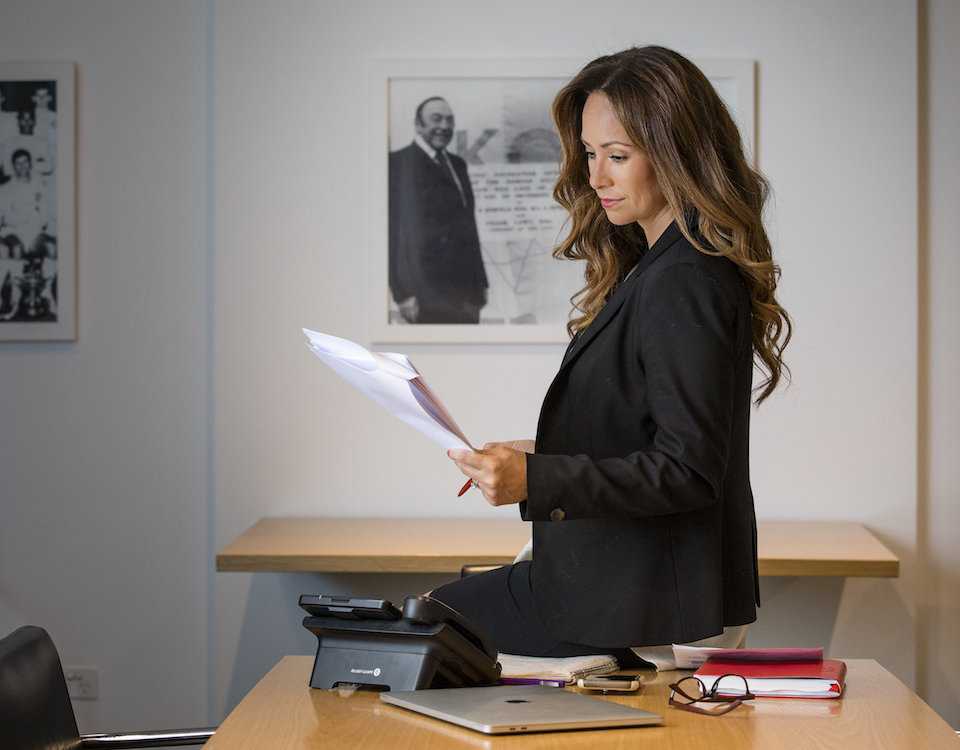 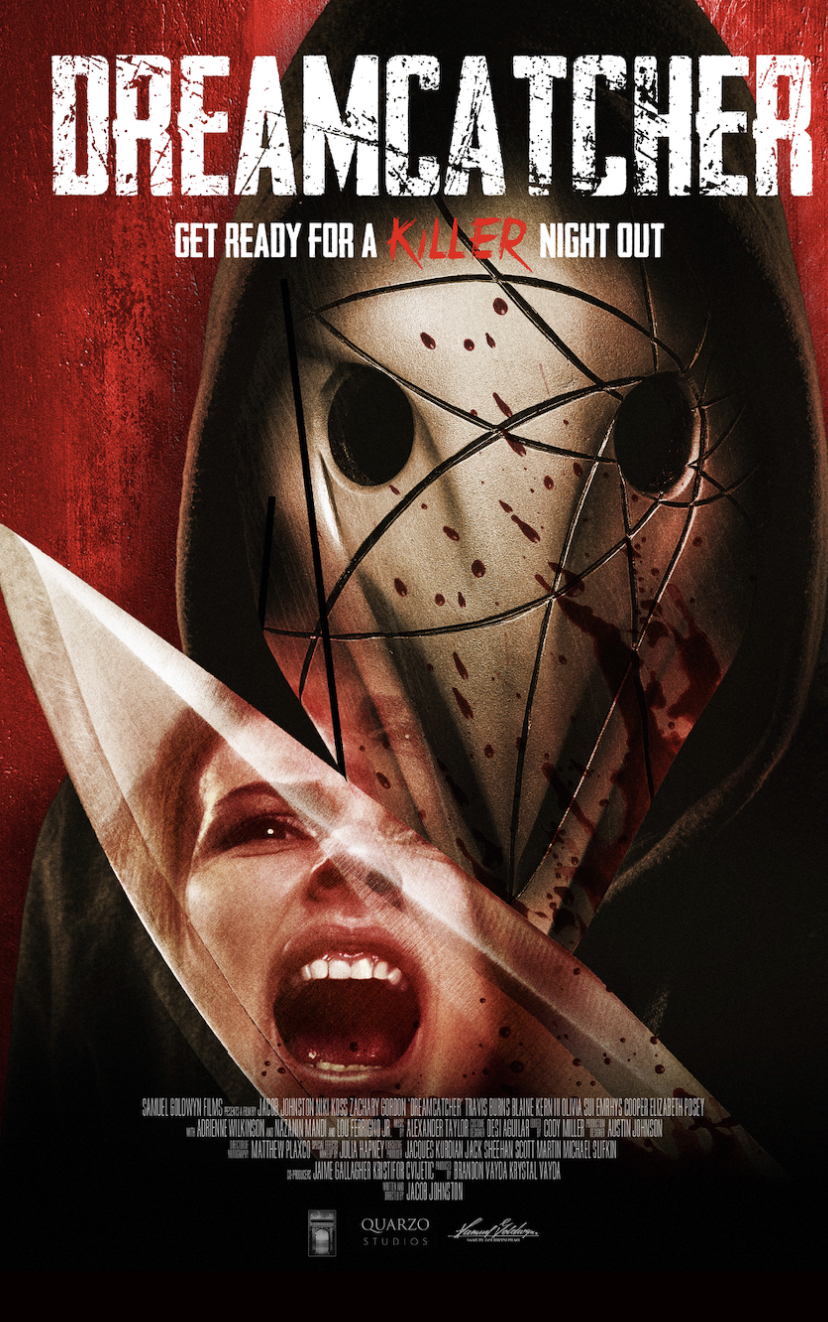 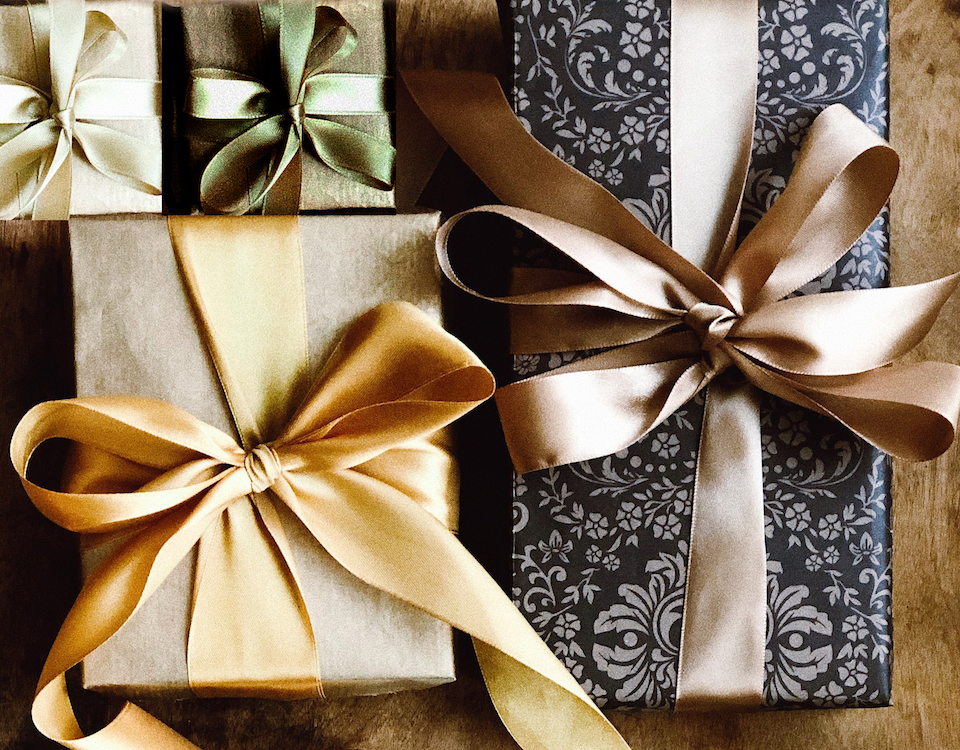 LUXURY LOOKING GIFTS YOU CAN GET ON AMAZON 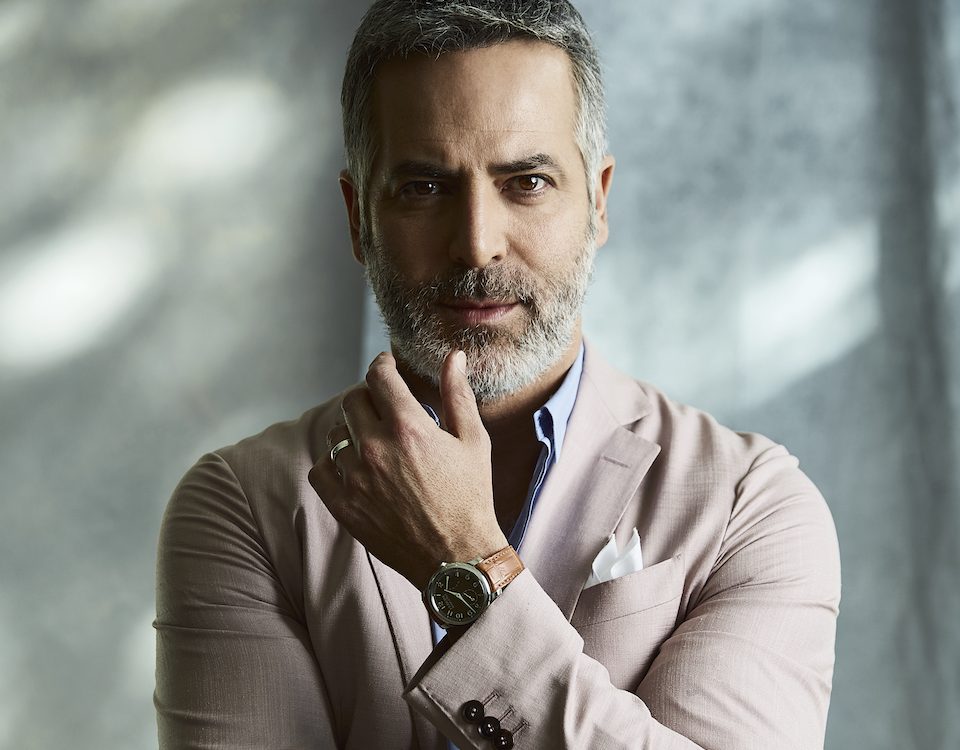 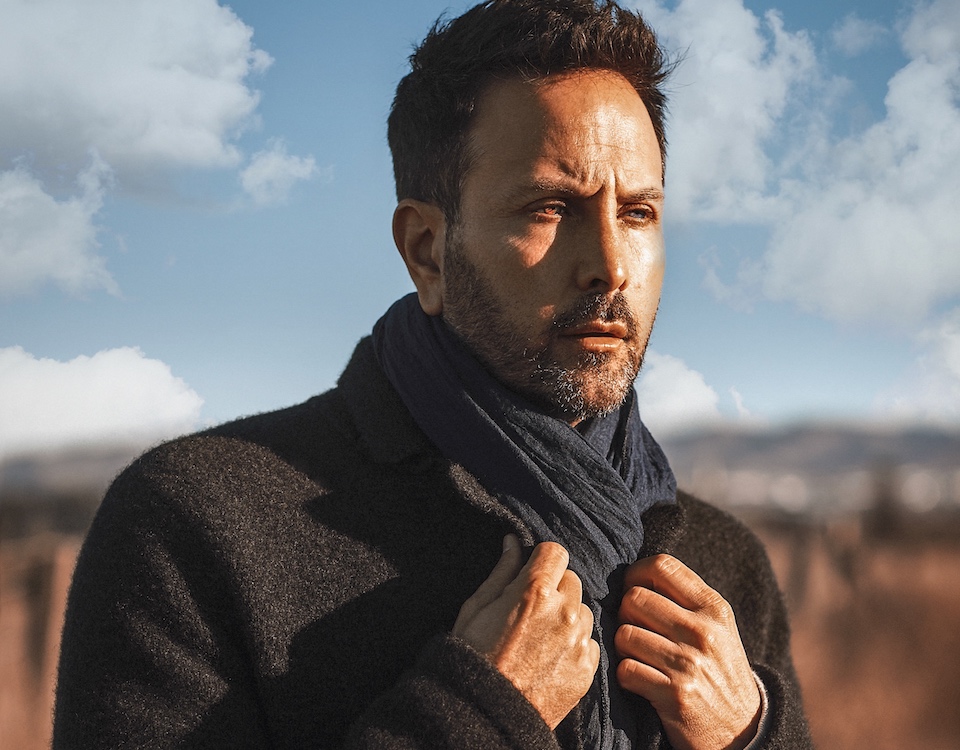 JOHN RUSSO AIMING TO INSPIRE AND MAKE A DIFFERENCE